The Assembly is a stunning, art-deco, multi-function venue in the heart of Leamington Spa. It opened its doors in the summer of 2008 after a multi-million pound redevelopment designed by Lawrence Llewellyn-Bowen. The venue won the highly coveted Music Week Award for â€˜Best Live Music Venueâ€™ in 2010 after winning the award for â€˜Best Live Entertainment Venueâ€™ at the 2009 Godiva Awards.Built in 1926, the venue was originally named The Bath Assembly Hall. Its Art-Deco interior, indicative of the period, was the setting for balls and dances where the Foxtrot, Waltz and Quickstep were the moves of the moment. It was later named The Palais de Danse where local dancer, Robert Creelman, was master of ceremonies and music was provided by resident players, The Jack Southern Band. During this time, the venue was known for its own dance step;The Palais Glide and the building continued to host dances throughout the 30s and 40s when it was popular with locally-based American servicemen. Renamed again in 1952 as The Embassy Ballroom (later to inspire the Embassy Days events!), it continued to hold dances and local events until it became a bingo hall.Now, after a period of closure, the 1000 capacity (or 400 seated) main hall, along with all of its original decorative and architectural features, has been meticulously renovated to reveal the original beauty of the room. In contrast to the work done to exhibit the history of the building, a brand new state of the art PA and lighting rig has been installed and a new stage which offers excellent sightlines throughout the venue. The combination of a sense of history and the traditional with the need for the comfort and practicality, achieved by using cutting edge technology, is why The Assembly has become the venue of choice for artists and audiences alike. This, alongside the helpful, friendly bar staff and security team, all help to provide a welcoming and safe environment to watch a show.Once in the venue, there is a choice of 3 bars;the main bar area has comfortable, relaxed seating and is found beyond soundproofed doors, for those who want to escape briefly! Another bar is positioned conveniently to the rear of the main hall. With a seating area providing a view of the stage, this is the ideal spot to relax while still taking in the atmosphere. The third bar provides an intimate space from the balcony to grab a drink and watch the shows from above for the optimum view of the stage and audience.The eclectic programme of events has so far included shows with;Razorlight, The Kooks, Russell Howard, Steve Winwood, Doves, Pendulum, Patti Smith, Lee Mack, The Cribs, Corinne Bailey Rae, New York Dolls, The Stranglers, N-Dubz, Dave Gorman, The Enemy, Beverley Knight, Reverend and the Makers, Lucinda Williams, Mr Scruff, Spiritualized, Peter Andre, Black Rebel Motorcycle Club, The Fall, Goldfrapp and so many more.The Assemblyâ€™s own self-promoted Club Events have become extremely popular in the area. For those with a love of music from the 60s, 70s and 80s, Fridayâ€™s Cortina Nights events are for you! On Saturdays you will find Assembly Classics, a heady mix of anthems from the 90s, 00s â€“ present day. The fortnightly Embassy Days events provide the only opportunity in the country for the older generation to party to a soundtrack from the 40s, 50s and 60s while the monthly Joy Comedy Club has hosted an eclectic mix of household name icons and upcoming comedy stars of the future.The venue is accessible for disabled users via a lift and there are raised areas within the main hall from which to view the stage.Situated next door to Leamington Spa train station and just a few minutes drive from the M40, the Assembly is ideally located for private functions, corporate events and external promoters and the events team can guide and assist you through the process of making your event a huge success. 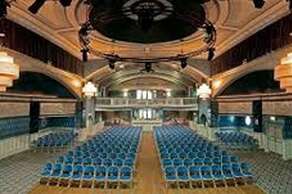 Warwick castle is a fantastic day out whether your a history buff, want a great place to take the kids or just a relaxing stroll in the grounds Warwick castle has it all. With seasonal events year round and rumoured hauntings of the tower and dungeons, as well as its well persevered nature makes Warwick one of the best castles in England.HistoryWarwick Castle is a medieval castle developed from an original built by William the Conqueror in 1068. Warwick is the county town of Warwickshire, England, situated on a bend of the River Avon. The original wooden motte-and-bailey castle was rebuilt in stone in the 12th century. During the Hundred Years War, the facade opposite the town was refortified, resulting in one of the most recognisable examples of 14th century military architecture. It was used as a stronghold until the early 17th century, when it was granted to Sir Fulke Greville by James I in 1604. Greville converted it to a country house and it was owned by the Greville family, who became earls of Warwick in 1759, until 1978 when it was bought by the Tussauds Group. In 2007, the Tussauds Group merged with Merlin Entertainments, who is the current owner of Warwick Castle. 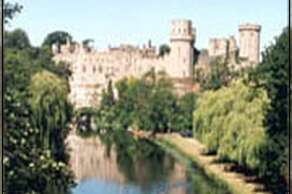 Located in central England, the Warwickshire Exhibition Centre is within easy access of the whole of Britain via the transport network.mVersatile and Flexible, 1,645 m2 of ground floor space, 312 acre paddock area adjoining the main hall, Ample parking facilities, Mezzanine restaurant seating 200 visitors with a licenced bar, Exclusive use, Multi purpose unique venue. Endless opportunities for indoor and outdoor events, Extensive and flexible facilities, Central location with excellent road and rail links, Experienced support team, Professional and individual approach. The Warwickshire Exhibition Centre is already attracting considerable interest and organisers are becoming aware of the many advantages we have over our competitors. Growth is set to continue and with the continuous improvement works planned, the venue offers exciting opportunities for organisers.

The NAEC, Stoneleigh, is one of the most versatile businesses in the UK, located in the centre of the country on over 800 acres in Warwickshire, and hosting around 360 events a year. Specialising in exhibitions, outdoor events and conferences, the NAEC has some of the largest event spaces available in the country. The NAEC is accessible by a vast road network and can provide free parking for over 20,000 cars. All catering is delivered by the on-site team who provide fresh, seasonal menus using locally sourced produce. The NAEC, Stoneleigh, is an extremely successful platform for events spanning numerous industries, many of which are at the top of their sector. 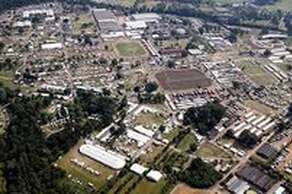 The NEC is where brands are born, products are launched and networks are made. We welcome around 2.1 million visitors and 33,000 exhibitors each year to over 500 events. These range from seminars to meetings and from exhibitions and dinners to product showcases. Experience some of the most popular public and trade shows at the NEC Birmingham, where there is always something exciting to do. Find the very best of Birmingham on offer with loads of different types of events, ranging from Autosport International to live cooking and fashion shows. Visitors will find world- class facilities and services such as free Wi-Fi and conveniently located parking, to an on-site train station and excellent restaurants and takeaways 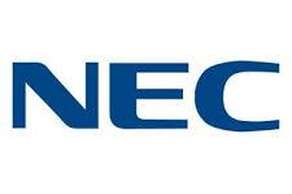 Warwick university is situated 8 miles from Leamington spa, many of Warwick's students choose to live in the fashionable Royal Leamington Spa while studying at the University. The town is a short drive from the University campus which makes us a perfect stop for visiting friends and family. 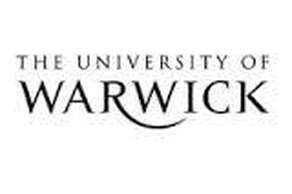 Coventry university is situated 10-13 miles from Leamington spa, many of Coventry students choose to live in the fashionable Royal Leamington Spa while studying at the University. The town is a short drive from the University campus which makes us a perfect stop for visiting friends and family. 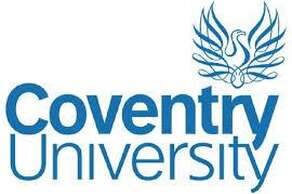 Are you looking for a course to hold a society day or to just go and play? Or do you simply want to enjoy a weekend break close to home? Then, if you haven't yet tried it, book now at Ingon Manor Golf and Country Club. Ingon Manor is in a delightful corner of Warwickshire situated between the historic towns of Warwick and Stratford Upon Avon, just far enough away from the bustle to give you peace and tranquility. The highly acclaimed country house hotel, set within 171 glorious acres of the Welcombe Hills. Come and play our 18 hole, par 73, 6575 yard championship golf course. Large Practice Area allows Golfers to practice all Shots from bunker play to Drives.

Coventry is an evolving and innovative university with a growing reputation for excellence in education.Independent surveys show that we provide a caring and supportive environment, enriched by a unique blend of academic expertise and practical experience.Three words set us apart - employability, enterprise and entrepreneurship. Coventry University was 'Highly Commended' in the Entrepreneurial University of the Year category at the Times Higher Awards 2008.

Although the ground is beginning to show its age, it is still an enjoyable place to watch football, as the crowd are close to the playing action. The stadium used to have a large open terrace at one end, this hasbeen replaced by t he East Stand, which is single tiered with a couple of supporting pillars. The other end is a two tiered stand that has an upper shelf that partly overlaps the lower tier. The upper tier has supporting pillars. One side, The North Stand, is a two tiered stand again with some supporting pillars which could obstruct your view. Away supporters are housed in one side of this stand.

The "Man of the Millennium" William Shakespeare, was born in 1564 in the half-timbered house in Henley Street, Stratford-Upon-Avon. This is where the young William spent his child-hood and is believed to have been educated at the local grammar school. Entrance to the Birthplace, is through The Shakespeare Centre further up Henley Street. Here in the visitor centre, you will find an exciting new exhibition about the life and background of Shakespeare, following his life and work from his birth in 1564 to the time of his death in 1616. There are specially constructed scenes, sound effects, original artefacts and books;there is also a scale model of Shakespeare's Globe.